Someone please tell me I’m not the only one who spent a significant period of time pronouncing jojoba oil wrong. No, I was? Alright then.  (Just in case I wasn’t the only one– it’s pronounced ho- ho-ba)

What are the origins of Jojoba Oil?

Jojoba oil is derived from jojoba plant seeds and is reportedly non-allergenic although there have been a few reports of dermatological reactions according to Leaf. It is comprised of several fatty acids including palmitic, linoleic, erucic, linolenic, lignoceric, and behenic acids. However, the fatty acid that can be found most prevalently is Eicosenoic, which accounts for up to 80 percent of the oil’s makeup. In addition, jojoba is a multivitamin in and of itself. Authority Health Mag says that jojoba oil is high in B-complex vitamins like biotin, vitamin E, zinc, silicon, copper and chromium.

The benefits of Jojoba Oil

Jojoba oil’s molecular makeup actually closely resembles that of sebum, the oil that our skin naturally produces. This similarity helps jojoba oil be absorbed into the hair without disturbing the scalp’s natural chemistry. For this reason, this oil is helpful for replenishing sebum and controlling sebum production for dull, dry hair. Conversely, according to Coils and Glory, when the hair produces too much sebum, which can become waxy in texture on the hair, jojoba oil can break up this buildup to prevent clogging pores. 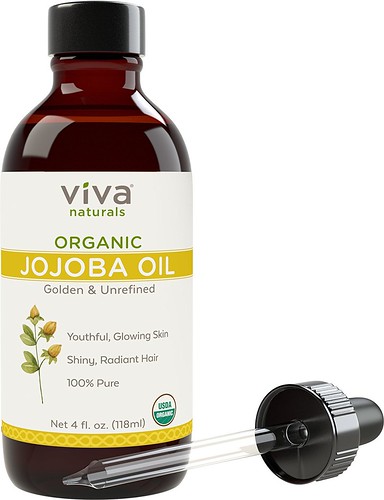 While oil plus hair  (or anything really) would normally be thought of as a recipe for frying and damage, jojoba oil’s strong resistance to heat and waxy composition make it a great option for protecting the hair prior to heat styling. Like coconut oil, jojoba oil also moisturizes hair from the inside and can when used during washing to prevent hydral fatigue.

Jojoba oil can also re-condition hair when added to conditioner or shampoo and is also great for helping hair recover from chemical or color treating. The oil also fills in the cracks in the hair’s cuticle, another damage repairing component it possesses according to Neno Natural. 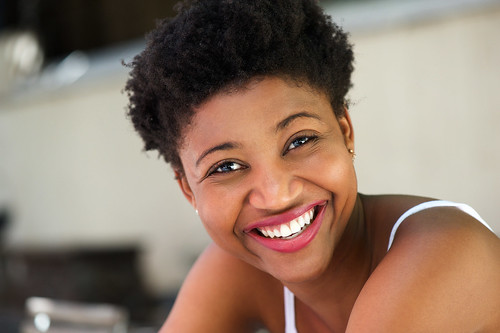 In addition to its unique benefits, jojoba oil also possesses similar benefits to other hair oils. It helps treat and moisturize hair and can defend against scalp infection in addition to being an excellent detangling agent. The oil can be mixed with hair products like shea butter or conditioner or used alone in small amounts. Jojoba oil promotes hair growth by nourishing the scalp, and, when mixed with other essential oils has been shown to treat hair thinning for people with alopecia and other hair loss disorders, according to a study by the University of Maryland Health Center.

In addition to being excellent for hair,  jojoba oil can also be wonderful aromatherapy alongside other essential oils. For hair, jojoba oil can be mixed with conditioner, used as a mask or applied directly to damp hair after shampooing. Whether you’re using this oil to revitalize your long worn-out locks, or simply using it as part of an at-home spa session after a long day, you’re sure not to go wrong. This non-toxic, one size fits all oil truly has something for everyone.

I am a writer by day and a dancer by night! I love creating content about everything from fashion, to beauty, to–obviously–natural hair. I'm excited to be a part of the Ebena community!...
Website:
http://www.joriejgoins.com